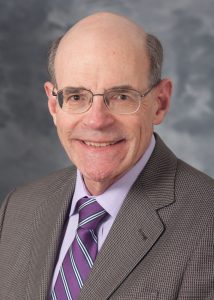 Dr. Nork’s research focuses on the mechanisms by which various ocular diseases affect the outer retina (especially the rods and cones) and how injury to the outer retina might, in turn, affect disease pathogenesis. For example, Dr. Nork and his colleagues have found selective blue cone loss in retinal detachment and diabetic retinopathy. They have also found evidence that the retinal cones may are injured in glaucoma–a disease that is not traditionally associated with the outer retina. Working with other members of the Department, they have described morphologic changes in the photoreceptors in post-mortem human eyes that were donated by people who carried a diagnosis of glaucoma. Further confirmatory studies with animal models of glaucoma have shown anatomic, biochemical and functional effects on the cones. His lab is currently studying the role that photoreceptor injury may play in the pathogenesis of vision loss in glaucoma.

Dr. Nork and colleagues discovered swelling and loss of red and green photoreceptors in human and non-human primate glaucomatous eyes. The significance of this finding could explain color-vison abnormalities, as well as electrophysiological effects in those patients that present with primary open-angle glaucoma. The work has been cited over 100 times.
Swelling and loss of photoreceptors in primary open angle and experimental glaucomas

Dr. Nork’s research was critical to the pre-clinical testing of Regeneron Pharmaceuticals drug Aflibercept (Eylea). He showed that choroidal neovascularization leakage was reduced by a single intravitreous injection of Aflibercept in a non-human primate model.  His work was critical to the eventual approval and use of Aflibercept in humans.
Prevention of experimental choroidal neovascularization and resolution of active lesions by VEGF Trap in nonhuman primates